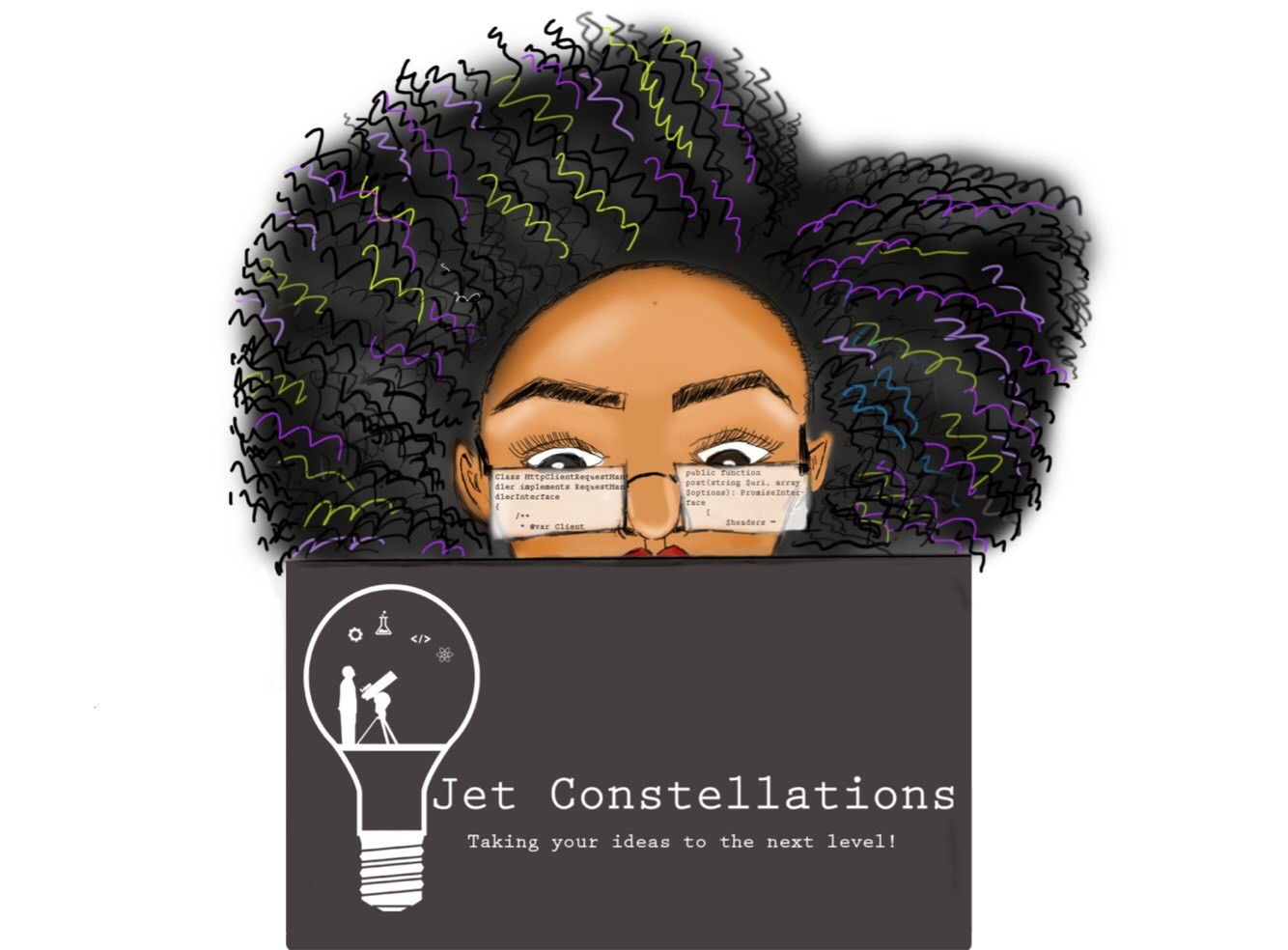 All it takes to alter the trajectory of a person’s life is to open a door, and that can be as simple as telling someone, “Yeah, you can do that.”

For Nadiyah Johnson it was her father, a senior software engineer at Children’s Hospital in Milwaukee, who opened a door for her. As an engineer, he knew the explosive potential of data and algorithms when harnessed by a creative mind. He knew a career in a STEM-related field would pay off handsomely in the long run. He knew, because he was living it and he told Johnson she was more than capable of thriving in a tech-related field. His encouragement opened a door that Johnson sprinted right through.

She originally planned to study international politics at Marquette University but, heeding her father’s guidance, called an audible and pursued a degree in computer science. Johnson, who has a deeply creative side, soon discovered programming gracefully complemented her artistic inclinations. Looking back, she realizes just how much her father’s insider knowledge changed her life.

“That’s really what got me into computer science; just having someone in my ear exposing me to the field,” says Johnson, who is now a technical product manager and engineer at GE Healthcare. “Many people aren’t as lucky to have that in their life.”

But when Johnson reflects on her STEM career, a nagging issue emerges.

“Over the course of my STEM journey there was a lack of representation of black and brown people in academia, research, mentorship programs and on the job. There weren’t a lot of people who looked like me,” Johnson explains. “I grew frustrated and realized I needed to make a difference.”

So, she founded Jet Constellations, a one-stop shop for underrepresented tech-entrepreneurs to turn their ideas into reality – to open the right door, if you will.

Johnson says an event during Startup Milwaukee Week in 2017 was her “aha!” moment. It solidified her vision to build a Milwaukee tech community that truly reflects the diversity of the city.

“My dad and I came in at the tail end of a speaker’s presentation. We looked around the room at all the faces and realized there was a lack of representation in the room,” Johnson recalls. “That was the straw that broke the camel’s back for me.”

A few days later, she filed paperwork and laid the groundwork for Jet Constellations.

Jet Constellations is aimed at solving several challenges simultaneously. It’s first and foremost a start-up incubator for minority-led companies. Johnson and team connect entrepreneurs to a network of business experts and founders. They help take bold ideas and put them to paper, guiding minority entrepreneurs through the rigorous process of seeking funding, pitching at events like SXSW and scaling their businesses. And through its Milky Way initiative, Jet Constellations is working hard to get more diverse panel guests at local tech events, organizing pitch sessions to solve inner-city issues, and simply connecting diverse business leaders to one another.

Jet Constellations is currently focused on nurturing five urban startups including StyleQ, a tech-based solution founded by Chantel Teague that connects stylists and other beauty professions to their customers in an easy way. It makes it easy to request appointments and makes it easy for barbers and beauticians to book more customers.

“Technology is changing Milwaukee, and I don’t want black and brown minorities to be left out of that transformation,” says Johnson. “At our core, we’re empowering and encouraging entrepreneurship within urban communities.”

It’s an urgent mission that extends far beyond the Milwaukee city limits.

FROM WILL DO, TO MUST DO

Johnson says every entrepreneur needs to push their idea through three critical stages. First, they need to know they can do something (opening that door). Next, they need to know they will do it, which means putting a business plan to writing or getting that beta app launched. But the final stage is the most important: Every entrepreneur needs to have their “I must” moment.

“What I mean there is helping people realize their purpose for being in a space and the impact their contribution will make,” says Johnson. When an entrepreneur knows they absolutely must accomplish something, it makes the inevitable challenges ahead mere hurdles rather than walls.

Johnson had her “I must” moment in 2017 at that startup event, because she realized her mission was far bigger than a single city. In a world that increasingly relies on big data and algorithmic autonomy to get things done, it’s imperative that every voice has a say.

Take, Tay, Microsoft’s 2016 Twitter chatbot debacle. The idea was innocent enough: Tay would learn to communicate on the platform by ingesting language in Tweets from the wider community. Unfortunately, the trolls of Twitter converged and turned this exercise in conversational understanding into a disaster. Within 24 hours Tay was tweeting racist, homophobic diatribes with plenty of Hitler references sprinkled in. Tay didn’t mean to; the poor bot was only communicating the way it was taught to. Tay is providing a vivid lesson worth heeding: garbage data produces garbage results.

Fortunately, it was easy enough to just deactivate Tay. But the danger of bias creeping into datasets grows more concerning when you consider the other jobs getting outsourced to algorithms. Today, data-crunching bots are used to approve loans or determine credit scores. In a widely acclaimed investigative report, ProPublica demonstrated that software used to predict criminal recidivism was not only inaccurate, it was racially biased.

“There’s bias in these models, and that’s why it is extremely important to not only have diverse individuals in the room, but also diverse programmers and testers who can spot these biases and help the models to be as accurate as possible,” says Johnson. “Machine learning impacts people’s day-to-day lives. It’s important to get this right.”

The stakes are high when it comes to ensuring the future of AI isn’t rife with human biases and other shortcomings. For Johnson, that all begins with shifting perspective – opening that door. This year, Johnson is focused on growing Jet Constellations and looking to hire marketing and consulting specialists. In November, Jet Constellations will host a pitch session and grant cash prizes to startups aimed at solving urban issues in Milwaukee. A future STEM summit catered to underrepresented demographics is also in the works.

“I know that there is so much untapped potential in Milwaukee, specifically in the inner city. It’s crucial that we shift the mentality or people in the city to see themselves in a new light. To see themselves as future millionaire founders of companies,” says Johnson. “It’s one thing to have potential; it’s another to harness that potential.”